You know, my parents had a restaurant. And I left home, actually, in 1949, when I was 13 years old, to go into apprenticeship. And actually when I left home, home was a restaurant – like I said, my mother was a chef. So I can’t remember any time in my life, from age 5, 6, that I wasn’t in a kitchen.
Jacques Pepin

“In many ways, I am similar to Jacques Pepin. Being a Kitchen Designer, I have spent more than half of my awake hours in the kitchen(s), Whether it is yours or my own. I decided when I was young that I loved to eat. My mother was and still is “an exceptional cook” and there was never a day that went by that she didn’t make or bake a desert. Unbeknown to me, I was spoiled. My father was also a kitchen designer in the days when we didn’t have computers. I often watched him at the kitchen table doing designs after dinner. I found myself taking an interest in the function of the kitchen and how it flows. Whether you have a big or small kitchen, you still have to have a cooking appliance, sink, dishwasher and refrigerator. The key ingredient is function and maximizing the space, as well as appearance. Take that with a grain of salt, you know I am going design to give it the “WOW” factor. You can attest to that if I have already done a kitchen for you! Fortunately for me, I married a woman that would continue spoiling me the same way that I was brought up. My wife Carol experimented in the kitchen during our early years of marriage (I was happy to play the role of the Guinea Pig- As she called it) and also became an avid  wonderful cook. With all of that being said, there was a period of time, in order for us to have a second child, that I would be called upon to prepare the daily meals. I call this the “Survival Period” with no other choice. I was Grateful for the days of the Guinea Pig that I had experienced because she had all of those recipes written out so, all I had to do was be able to read and follow the instructions! I also learned some of my own tricks in the kitchen and started experimenting and developing some of my own creations, i.e., (P & J, Grilled Cheese & Chocolate Frappe).  Now, while Carol does the majority of the cooking, she occasionally allows me to get get creative in the kitchen, i.e., 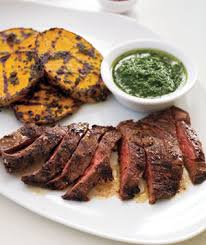 So, I can hardly remember the times when I haven’t been in the kitchen either! Call now for your free in home Kitchen Remodel consultation!